Being slightly lazy and causing more work for someone else is a recipe for frustration.

If you’re going to do something, do it right. And don’t half-ass it – do it all the way.

A while ago I had someone email me and ask me a simple question. I usually don’t answer because my inflow is high, but I replied. We had a few back-and-forths, and then he came back with this:

I wrote him off immediately.

Not only does my email list have a physical address at the bottom (by law), but Facebook, Twitter, and LinkedIn all say my location is in Toronto.

Furthermore, I am continually talking about how amazing Toronto is and how much I love living there. My charity food offs are in Toronto. I host an ice cream crawl. I love the NBA and the Toronto Raptors.

I tagged him as an example of what not to do:

As a busy person, why should I even bother with someone who is too lazy to perform a simple five second Google search?

It’s the same thing if someone says “xxxx” and you don’t know what XXXX is. Don’t ask – Google it and figure it out yourself!

If anything, searching for XXXX and finding out what it is is likely faster than having that person type back a response.

Honestly, this plays into getting shit done. Instead of waiting around for someone else to answer the question, figure it out yourself.

Don’t be lazy. If you can find information on your own, do so; people are busy, and having them elaborate on something perfunctory is irritating as hell.

The flip side of not being lazy is if you are going to do something, don’t do it half-assed.

Let me elucidate with two examples:

Let’s say a friend has a book come out and you want to mention it on social media.

The lazy version is to do a post that says “buy this because I said so.”

If I was following your work, I can tell you don’t care. There’s no energy in it; there’s no effort.

Contrast that with me promoting Joey’s book: 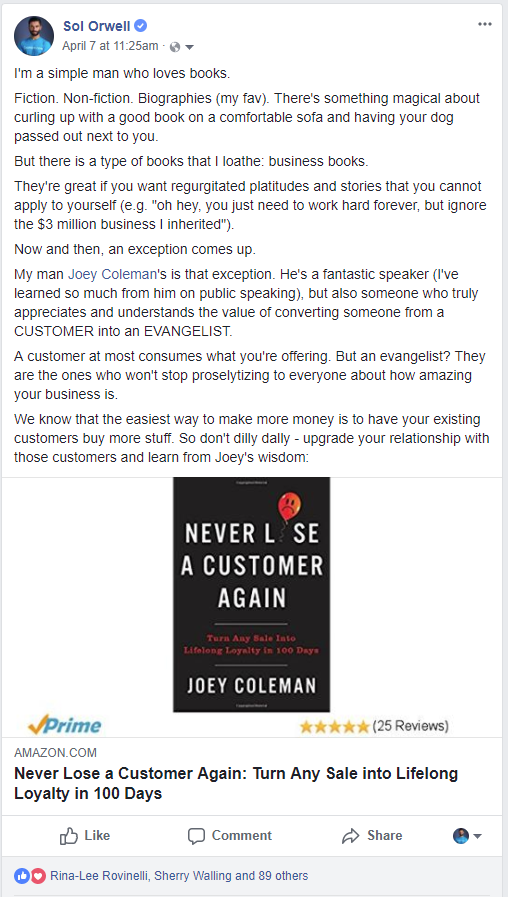 You can tell reading this post that I care. I put in the effort – instead of a quick post, I spent an extra 5-10 minutes to craft something that would be compelling to the person who was reading it.

I was not lazy.

One of my favorite examples is from my buddy Clay Hebert: 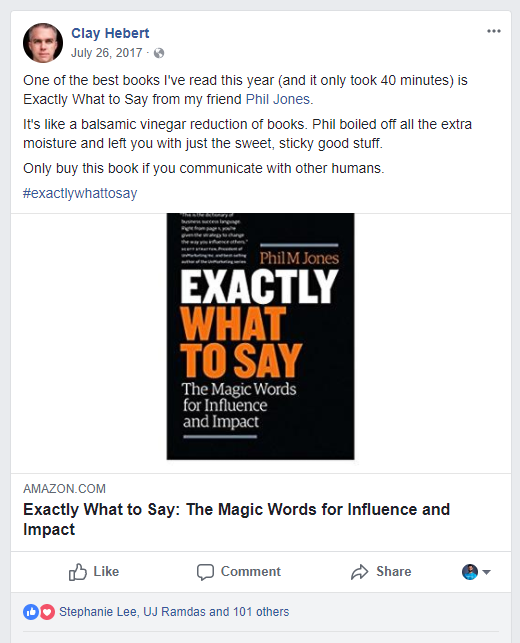 When was the last time you read a sales book described as “balsamic vinegar reduction?!”

Clay hit all the notes – it’s short, it’s from a friend, it’s only the good stuff, and then loops you into buying it.

A simple post, but it was beautifully crafted in a way that made you read it and think “I need to get this.”

If you’re going to promote something, don’t be lazy about it. There’s an underlying tone, and being lazy about it comes through.

Here’s a truth you may not know: no matter who the author, they have likely read their Amazon reviews. This is especially true when a book launches.

So it’s a universal truth to see friends and fans make a beeline and add reviews when a book launches.

As you can guess the theme here: if you’re going to review a book, don’t be lazy about it. Write it in a way that someone reading it will find compelling and think “okay, I need to get this.”

Your review is an attempt to convince someone that they should buy something (or conversely, not buy something).

For example, my friend Elaine had a book come out early 2018. I wrote the following review: 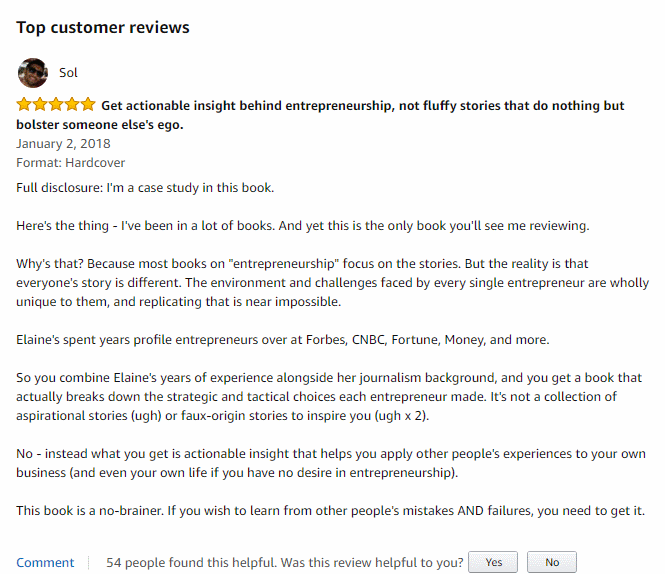 When you scroll down to the reviews, I am right at the top. If you look at the top positive reviews, mine has “54 found this useful.” The second highest has 19, and the next one has 18.

I took it seriously. Look at the breakdown:

I never went over hype. I didn’t gush over it. I put forth a reasonable reason why one should get this book.

You review something to convince someone else that they should (not) buy something. A pithy “get this” isn’t enough.

Get shit done doesn’t mean you can take shortcuts

I’m continually talking about being a doer and not a talker. A significant component of doing something is also doing it right.

If you’re going to do something, put the effort into doing it right. If you do it lazy, you’re only cheating yourself.

If there's one thing I ain't: LAZY.

Leave behind the unqualified gurus who have never done it themselves. Leave the hacks for other hacks. Join the SJO Fam for real-life experienced advice and thoughts.