Came back yesterday and bought two products from us. Spent $130.

This is the reality many people world in.

This is why I keep harping on how much opportunity matters in being successful.

Best thing I ever did was somehow get born to the right pair of humans that moved my ass out. 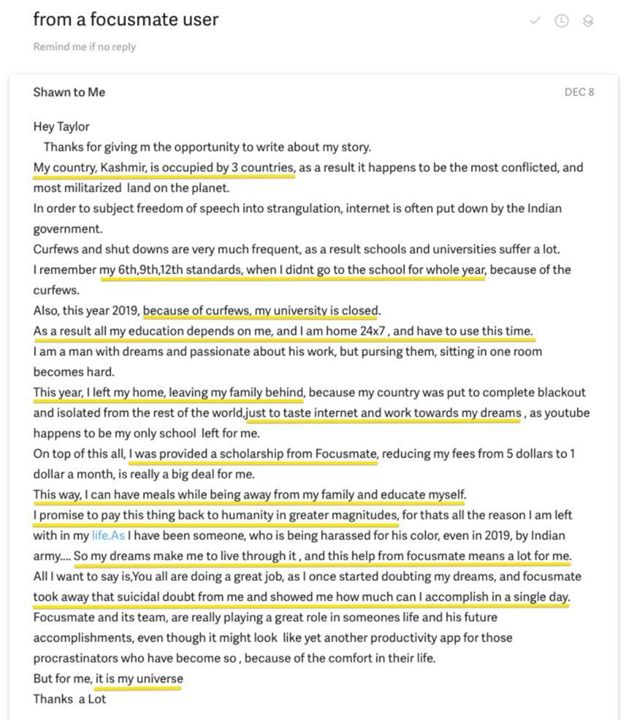 There is rarely a singular moment that signifies *the* “start.”

It’s a liquid process from thinking to doing.

This past week I was in SF to hang with Kamal and map out Examine.com’s future.

Pretty much every day was the same – wake up, work, quick break to eat, continue working, and then watch some NBA while eating before I passed out.

(One of the best things about West Coast – games are on so early!!)

The one time I left the house to get fresh air was an hour-long fireside chat at Sentry.

Sentry was co-founded by a dude named David Cramer, and it was originally a side project for him. It eventually became a profitable company, and since then they’ve raised over $65,000,000!

I originally met David Cramer in the early 2000s… when I hired him as a 17-year old out of Nebraska to be a coder.

We eventually parted ways on good terms — Cramer had goals that we could not help him achieve — and since then, he has (obviously) gone on to do some impressive things.

I have found few things are as satisfying as watching someone (who you gave their first break) achieve big things. I will forever take 5% of the credit 😎. I’ve always said that opportunity is the most important component of success…

It’s also notable that when we first met, I don’t think either of us could have envisioned where we are right now.

And I’m super curious to see where the next decade takes me.

Simple tip if you send emails:

Get a unique IP and get your SPF, DMARC, etc set up.

And what we did for DMARC:
—–
You do not have a DMARC record, please add a TXT record to your domain _dmarc.examine.com with the following value: