After Tim Ferriss shared my article on Forbes and people came out of the woodwork to try to network with me, I thought I had seen every instance of terrible networking.

One of these days I’m going to write a proper guide to networking, but let my latest experience with “bad networking” be a learning lesson for you.

We all want to meet interesting humans

I’m in a fair number of Slack Groups. They cover the gamut of my interests – from Toronto to tech to marketing to health.

Most of the time we shoot the shit and talk about the industry or topic. A few of the groups are marketing related, so people will occasionally share a link or two they’ve written.

It’s an unwritten rule that you only share a link that is pertinent or of interest. At times you may share a link and hope that someone shares it, but that’s the extent of it – if it piques their attention, awesome. If not, oh well. You do NOT go around begging for shares.

Last week I was invited to join a group created by a good buddy of mine. I really respect his work and his prolific (yet high-quality) put, so I was more than happy to join.

So I jump in and see a fair number of familiar faces. We start shooting the shit, and things are cool.

In that group was a guy (we’ll call him “X”) who posted a link to his tweet and asked people to share it a few times.

Now – I don’t want to be mean, but the tweet itself was the work of an amateur. It was one of those overwrought images that a self-declared guru would share, replete with buzzwords but nary of anything actionable or educational. 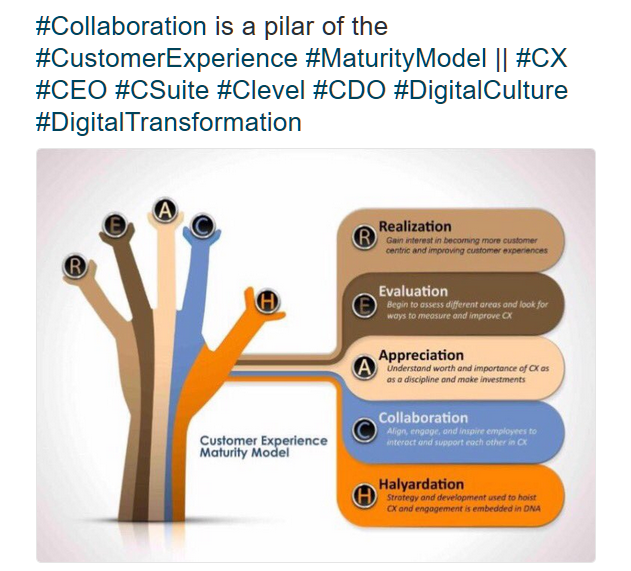 This makes no sense to me

Even worse was this tweet was just drowning in hashtagged buzzwords.

It was something if I saw in my feed that would elicit an automatic eye-roll.

And you know? That’s OK. Some people think this is how to show they know their stuff, and as they mature, they realize nope – it just makes them look like pretenders.

The next day, X messages me.

With a perfunctory hi, he goes straight into “will you share this?”

Well hello, nice to meet you too.

Let me be clear: I have no clue who he is. Even searching his name right now, I find nothing. This was the first time X and I have ever interacted.

In a group that is curated and meant to help you connect with interesting people, he did not even bother getting to know me.

Furthermore, it was a case of “I wouldn’t be caught dead associated with this.”

Worst of all, the message itself looked exactly like a copy-paste job.

I politely declined, stating it was not my MO. It was the exact kind of guru-ness that I mock.

This is where it gets from “ugh” to “what the hell?”

X then proceeded to say this:

This is all I had to say:

It wasn’t just me

Just as I was about to post this, I found out X had messaged this same garbage to others:

This guy needs to stop asap.

So it turns out not only was X’s “hello please share this” a copy-paste job, so was his passive aggressive response!

Morals of the story

I try to make every single encounter with “fail” as a chance to mull over what happened and use it as an educational experience.

Morals of the story:

I’ve been doing this entrepreneur thing since 1999 (yeah, I’m old). Be sure to join the SJO.com family below so you can learn from my mistakes and experiences (and help accelerate your own success).